Akeyless RBAC follows the least privilege principle to limit access rights for machines/human users to the bare minimum of permissions they need to perform their work.

We associate specific clients with a certain Authentication Method to an Access Role to increase operational flexibility. The user can define any number of roles with permissions per each role. 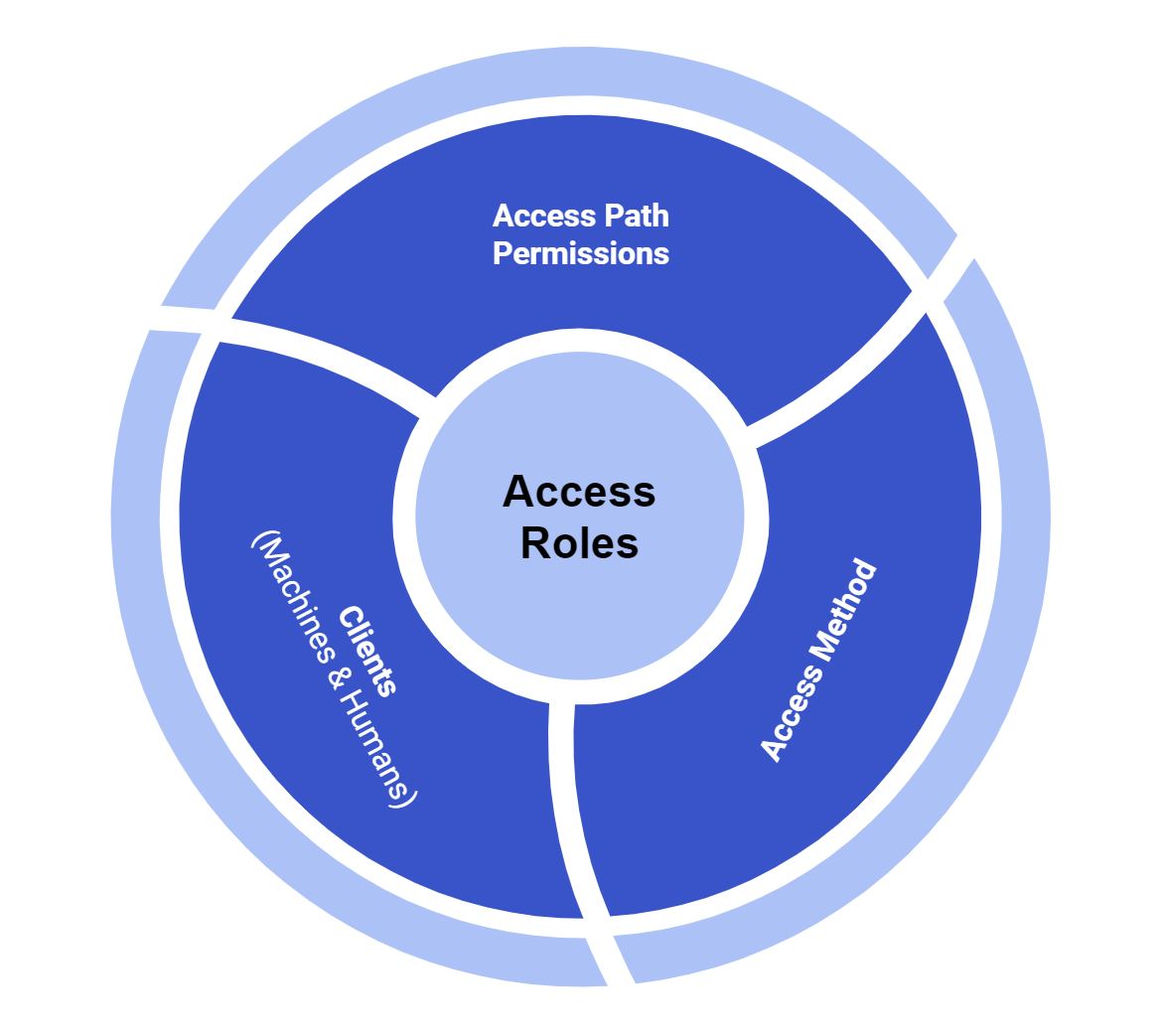 To set permission for a user to work with any item in the Platform, an appropriate Access Role must be assigned to the Authentication Method that represents this user. By default, users don't have any permissions in Akeyless unless explicitly granted.

To Associate an Authentication Methods with a role from the Akeyless Command Line Interface (CLI) run the following commands to create an API Key:

Set all the authentication methods associated with a role to access all Secrets & Encryption Keys under /path/to/folder/ with read, create, and update permissions:

To set the role with access for additional items type like Targets, Authentication Method, or Access Roles, you can simply set the rule-type inside the command:

Despite the fact that users do not have access to items unless granted explicitly, to protect sensitive items from access, you can deny all the authentication methods associated with a role to access the relevant item, for example /path/to/folder/topSecret:

Akeyless has six main permission types, that can be assigned to specific items, folders, or entire accounts.
The built-in admin role has full access to all parts of the accounts.

It is considered a best practice not to use an API key as the authentication method associated with your Admin role. We highly recommend you select one of the other available Authentication Methods.

The existing permissions are as follows:

In general, you can set an Access Role to a specific item only:

In this example we will create a role that grants read permission to mysecret, which is located under /foo folder:

To provide access to all secrets with a well-defined prefix:

In this example we will create a role that grants read permission to all secrets that start with devops- prefix, which are located under /foo folder:

In addition, a + can be used to denote any number of characters bounded within a single path segment:

If you wish to apply multiple rules to your role in one command, you can use a JSON file using -f or --file parameter to the command, that will lead to a JSON file in the following way:

The JSON file structure should be as follows:

Where the relevant Akeyless paths, e.g secret/foo and secret/bar correlate with the --path parameter, the rule type with the rule-type key, and the capabilities with the capabilities key that you would attach to a single rule command as described above.

To verify the settings of your Access Roles, you can use the Impersonate As feature inside the Akeyless Console. Admins can validate and explore what kind of access they grant to clients.
Click on your account logo on the top right corner of your console, and select Impersonate As.
On the dialog, choose from the drop-down menu and existing Authentication Methods. Where needed, provide the relevant Sub-Claims as well to validate the level of access the relevant audience have.