Automatic migration allows to import static secrets into Akeyless from other secrets management platforms. This feature is available as part of the Akeyless Gateway.

Currently, you can import static secrets from 4 platforms:

The following options are available when importing secrets from other secrets management platforms:

If there are existing secrets under Target location, their values will be replaced in case of conflict. This can happen if you run the same migration multiple times (e.g. every day), or if you leave Target location field blank, and a new secret has the same name as an existing one.

Before getting started, make sure that the platform where the secrets are stored is accessible over the network from the Akeyless Gateway server. Depending on the deployment, it might mean adding Akeyless Gateway IP address to a security group or a firewall. 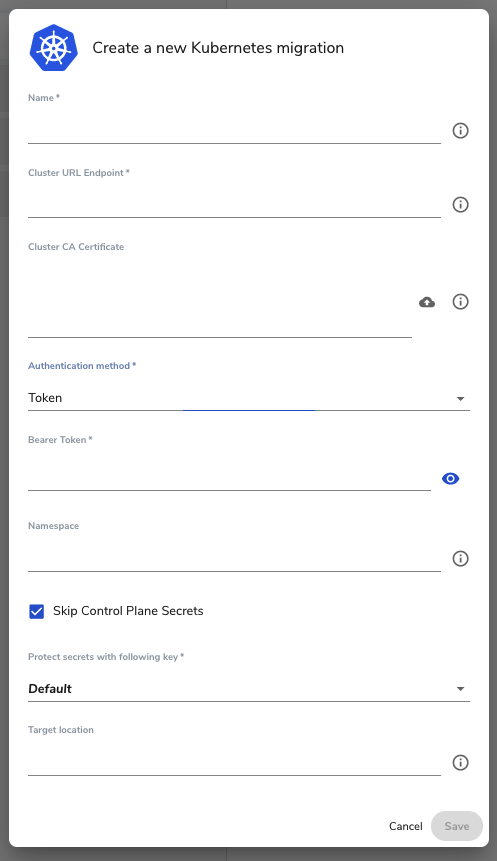 For any Kubernetes authentication method, the following options are available:

When choosing an authentication method to access your Kubernetes cluster, make sure that the credentials you provide have sufficient access to list and get secrets in the namespace(s) you selected.

To import secrets from AWS Secrets Manager, you need to provide access credentials of a user with sufficient permissions to get all secrets. The required configuration includes AWS Access Key ID, AWS Secret Access Key, and an AWS region. 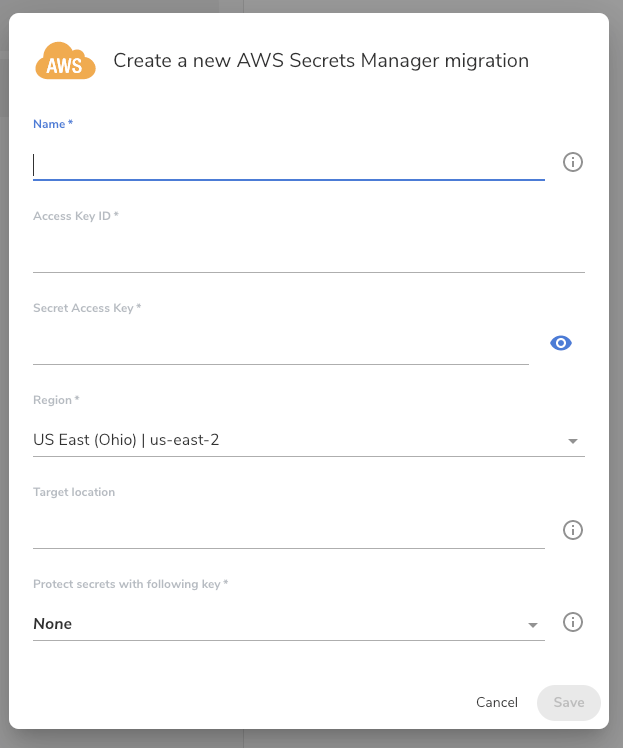 To import secrets from Azure Key Vault, you need to create an Azure AD app with a service principal. Access credentials, as well as the unique Key Vault name, must be provided in the configuration dialog. 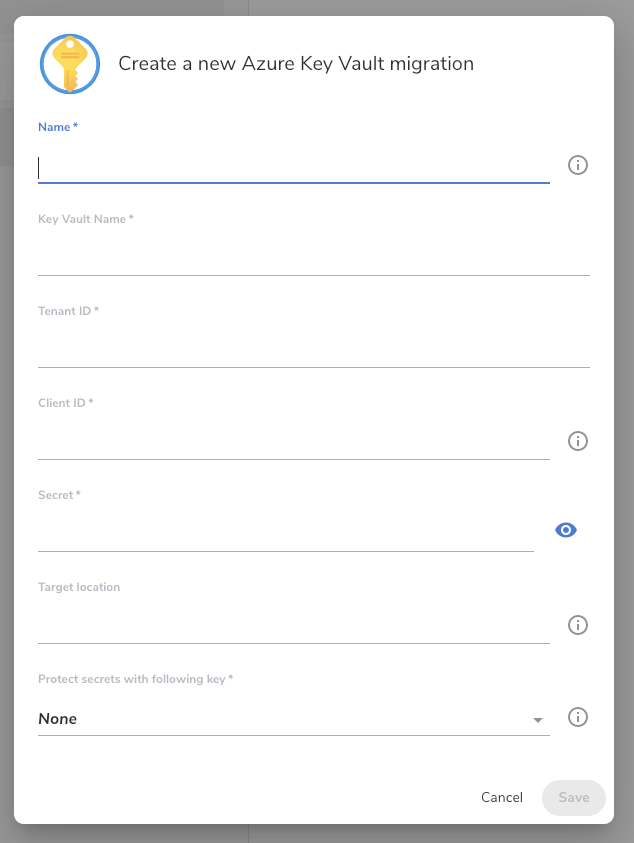 To import secrets from Hashicorp Vault into Akeyless, you need to create a new access token, or use an existing one with sufficient permissions. You also need to provide a full URL of Vault API server. 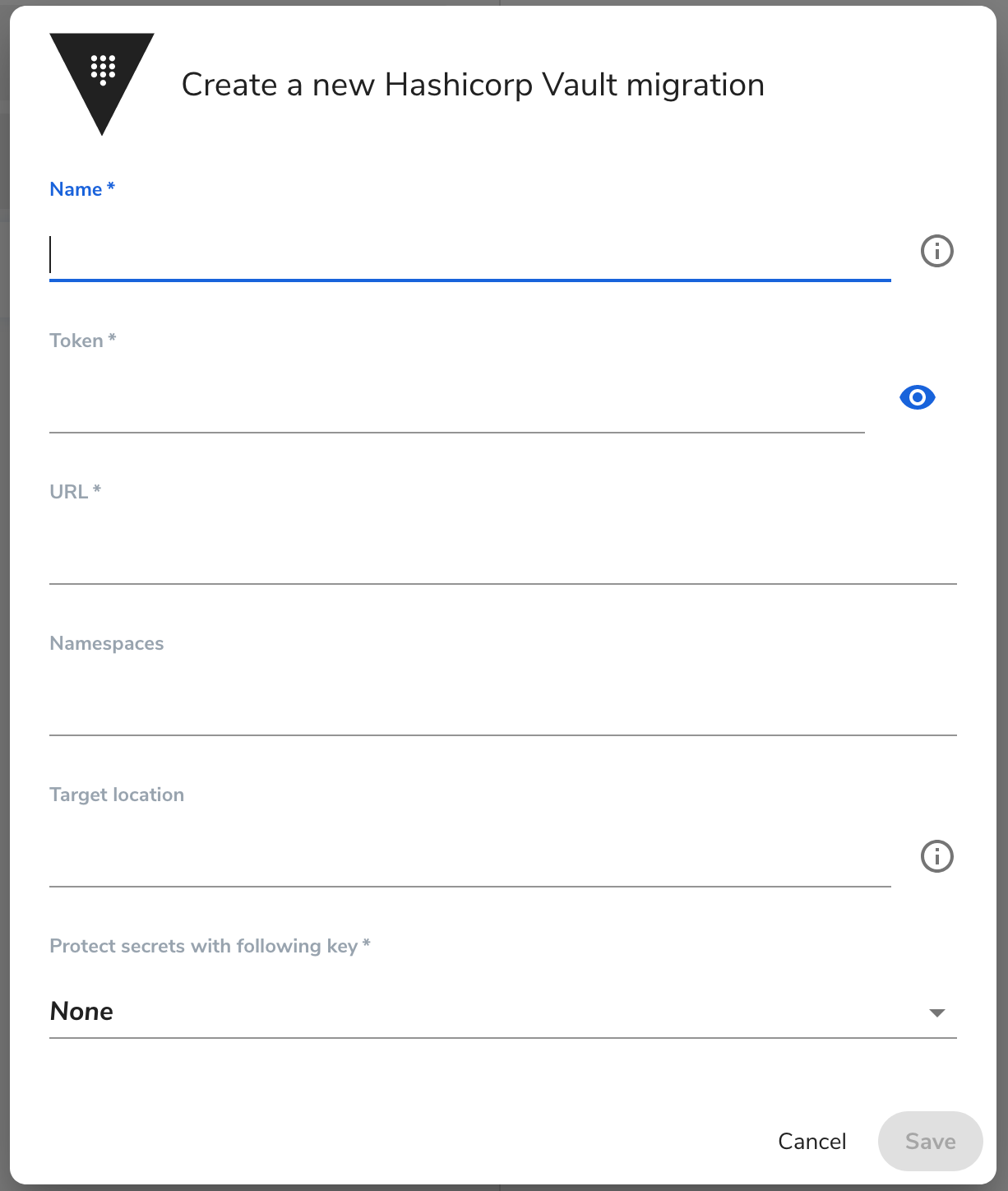 Akeyless supports migration from kv storage engine of both version 1 and version 2. For v2 migrations, in case of multiple available versions, only the current version of a secret is imported.