Our powerful RBAC model allows delegating some of the account owner’s permissions to other users.

As the Akeyless Platform stores all objects (secrets, keys, targets, roles, auth methods, etc.) in a virtual filesystem. It allows organizing everything based on the domain each item belongs to. For example, an organization may have Dev, Operations, and Security departments, each having its own set of secrets, roles, and auth methods.

In such a situation, it would make sense to have a person responsible for every department. For example, 3 users (3 auth methods) can be designated to rule their own departments: /dev/director, /ops/lead and /security/ciso. 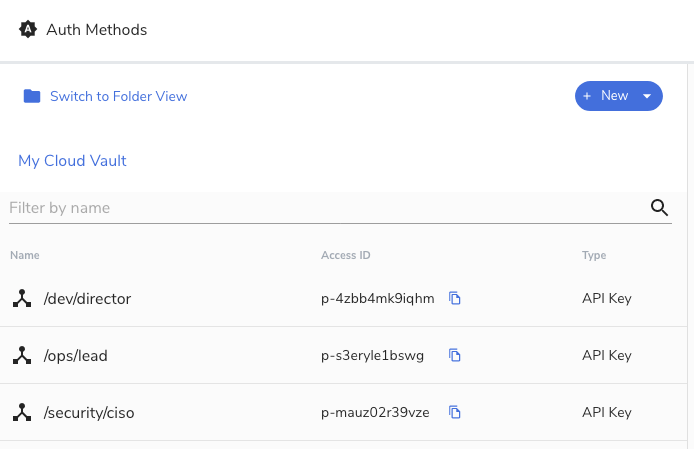 To grant each one of these users full control over their department, 3 separate roles should be created, for example,/dev/director, /ops/lead, and /security/ciso.

The names used above are the same for convenience. Any valid names can be used. It is easier though to manage roles, items, and auth methods in such a way. 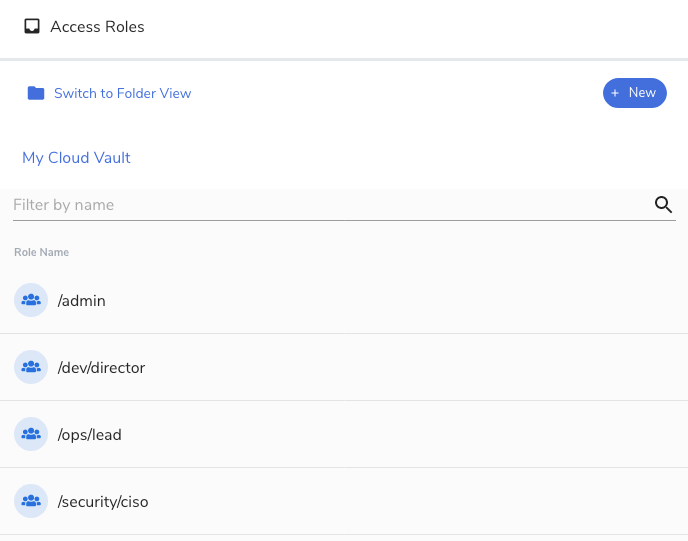 Each role should be associated with the corresponding auth method to grant required permissions.

Each user’s power depends on a set of permissions granted to them. There are 4 permission categories:

In the case of our organization, it would make sense to grant every leader full access to their departments.

/dev/director can now do any operation inside /dev/* folders, such as create new secrets, delete keys, update roles, or set up new auth methods. They can even create new, limited users, that can only have a subset (but never a superset) of their own abilities. 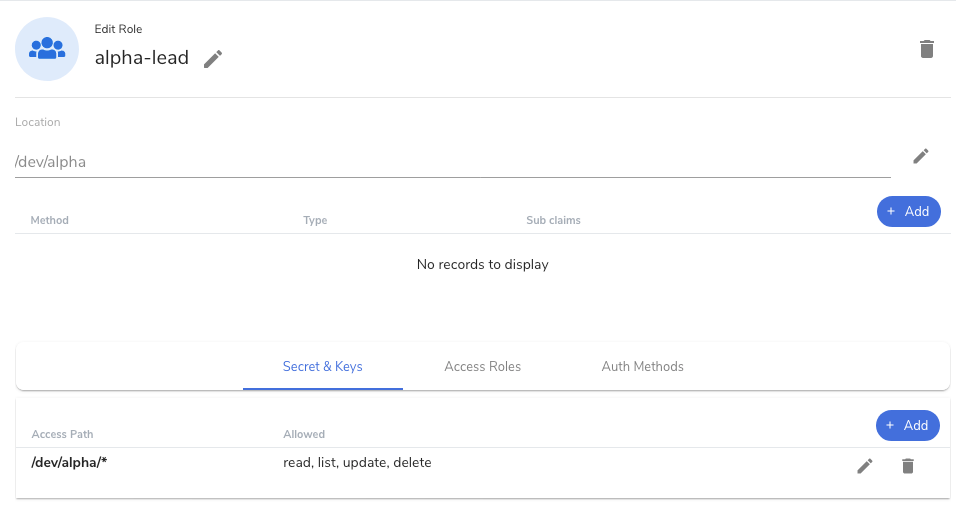 Do I have to use the same folder structure for every category?
No, but we think it makes things easier. Otherwise, it is harder to keep track of roles, auth methods, and their permissions.

Can a limited user somehow escalate their permissions?
No. Even if a user is granted “create role” permissions, they cannot create a role with capabilities that they themselves don’t have.

Can I only grant role management permissions to human users?
No. Any client (human or machine) can be granted any permission. It is possible to automate role/user management with a limited scope.

Can a user have different permissions under “Roles” than under “Secrets and Keys”?
Yes! It is possible to grant different levels of access to different parts of Akeyless Vault. A user can be able to create and delete secrets, but it doesn’t mean that they can do the same for auth methods.